2011 and 2012 were big years for the Ornaments. These are some of the most popular and sought after styles. A lot of them you can find on Ebay, but be careful, some can be very overpriced.

This cold cup is my DD Favorite.  Made of clear plastic complete with orange straw. One side has Iced Coffee and the other the Dunkin Donuts logo. It has a pink satin ribbon hanger. Packaged in a cardboard open side custom package. 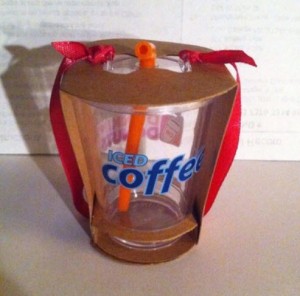 The yummy shiny Chocolate Sprinkled Donut looks scrumptious. This is a small plastic donut hung with a pink satin ribbon and decorated with red and green sprinkles. Packaged in clear box 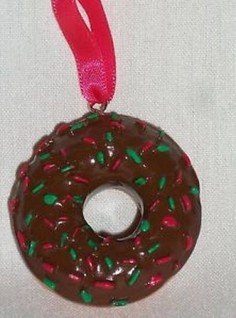 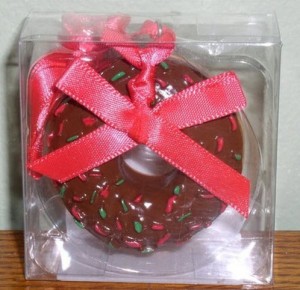 Same as the Chocolate but instead has confetti sprinkles and a cardboard open packaging. I’m on a hunt for this one, but so far no such luck. Hopefully some will pop up this fall on Ebay. 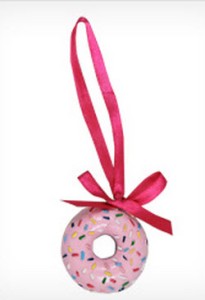 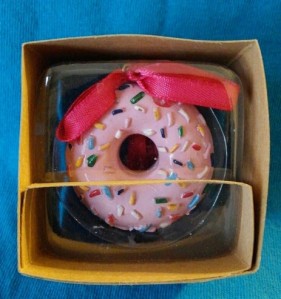 This was the first time a Snow Globe was presented as an ornament from any coffee house. I thought this was a great new ornament idea. Inside the globe we have a DD miniature store. Orange top and base with white Dunkin Donuts logo and pink ribbon.

When you buy these online the glue that holds the top hanger on it can detach.  It can easily be re-attached with bonding agent.

This Snow Globe was also sold in 2013 at some locations. If they had many from the previous year they also sold them the following year! 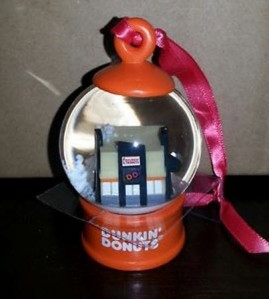 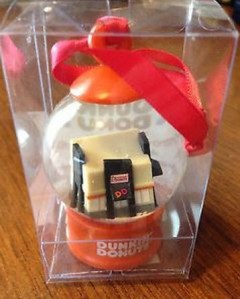 The catch phrase started in 2012 if I remember correctly. This cute little plastic To Go Cup has a clear package that shows the Dunkin Logo and on the other side the phrase “What Are You Drinkin’?” and completed with the pink ribbon 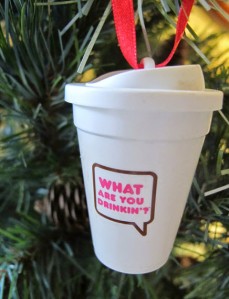 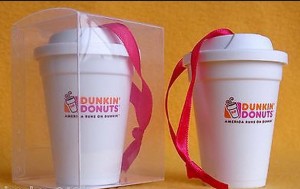 2011 & 2012 were the year’s I think the coffee house ornament craze began. People such as myself, started there collections by this time and started to create a demand.

Happy Hunting Dunkin Lover’s out there!!!