I have been unsuccessful in finding any ornament’s that were released in 2000. Starbucks was not helpful either in my search, so if anyone reading this has a year 2000 ornament, I’d love to hear about it and see it.

I love this little bearista ornament. This is a blown glass ornament with great detail.  The gold’s, red’s and green’s are superb and the quality is amazing. On his back belt, the year should always be present.  No running color’s and all edges are clean.  His hat, clothing stripes and horsey wheels are all coated with red glitter.

He comes packaged in a heavy duty box carton and decorated for the holiday season. 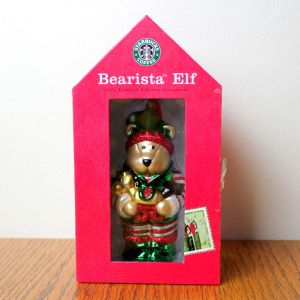 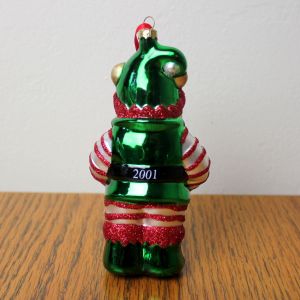 Starbucks started releasing the mug’s this year, and it has not stopped since. This was the same style as the in-store mugs that was used in early 2000’s

This is a white ceramic mug, with black lettering and marked 2002 on the bottom. The packaging for this style was not reusable. 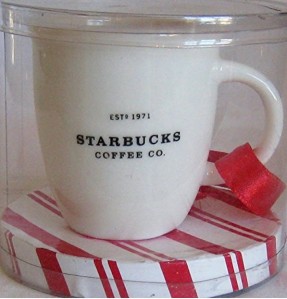 This is the same as the white, but this is red ceramic mug, with white lettering, also marked on the bottom is the year 2002.

This red model is rare and hard to find with the packaging in tact.

This was the only city mug I found sold in a singular package. The Skyline Series is very popular in large mugs still to this day. I have a feeling they also sold the following City’s individually – Atlanta, San Francisco, New York, Seattle, Las Vegas, and San Diego. 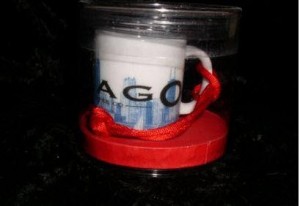 The reason I believe there were more individually packed city’s, is because you’ll see in 2003 releases they bundles them together in a 4 set package. The tag has 2003 printed but all the mug bottom’s are marked 2002 Series One. And because this was packaged similar to the Abbey style’s I’m giving it a guess for consistency.

I love that I am still uncovering new finds to this day. These were marketed as ornaments but I tend to include items like this in the groupings because they have a hanger and can be hung on a tree if you wanted to.

This is not a small ornament. This is roughly 4.5″x 4.5″ but has the holidays written all over it. This was probably filled with candies when sold. I am not sure if this is a US or International Ornament, but would be a great addition to any collection 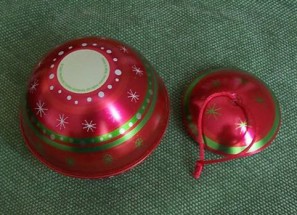 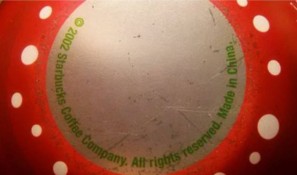 This is a corduroy stocking with red and white plaid trim. I am not sure if this stocking was sold with this tiny bear, but I tend to see them together a lot. I also have seen the stock with and without a Jingle Bell on the white cord hanger. 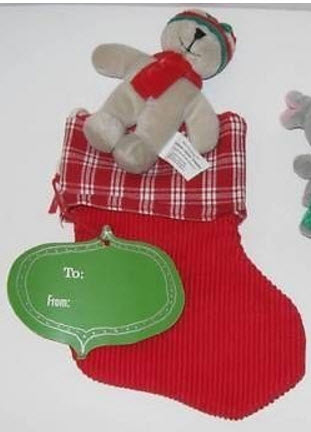