Happy Friday readers and collector’s out there. Hope everyone is ready for the weekend, cause I know I sure am!!!

This entry I wanted to give a little extra in the spirit of gift giving season 🙂 I’ll be giving all 2008, 2009 & 2010 as well some adorable Japan released ornament’s.

I already started adding international releases to my fast growing collection. I’m a bit obsessed I’ll admit it. So let’s see what we got and get right to it shall we…..

The 2008 Red Cup theme was a forest of woodland animals. On the right side there is a dove, and on the back a stag and all about the cup are snowflakes and tiny tree’s. This ceramic cup was packaged in a sturdy reusable cardboard carton. Red satin hanger. Sold for $4.95 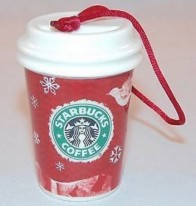 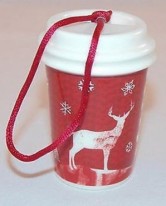 This cup represent’s the same as sold in store. Starbucks started the Recycle Program this year. This sleeve had a Coffee Tree silhouette printed on it. I love that they added that to the White cup design in ornament form since a few white cup’s were already released in 2004 & 2007. I think this is my favorite of all year White cups. 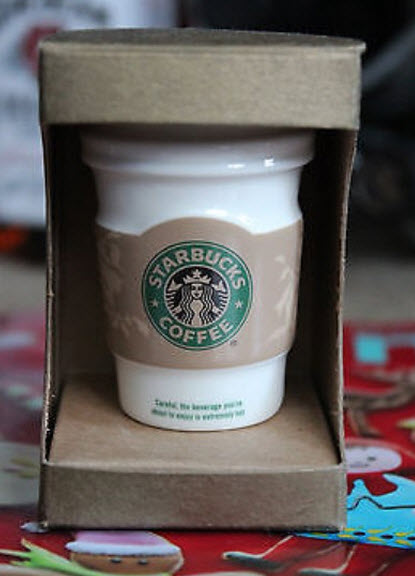 The Fabric ornament’s were a nice addition to the ceramic’s. These also complimented the Red Cup woodland animal scene. They released a Red Multi-Fabric Bird and a Brown Multi-Fabric Reindeer. I do also know the Reindeer was sold in Japan. It was exactly the same with the only variation, is the Japan price tag attached to the tag. 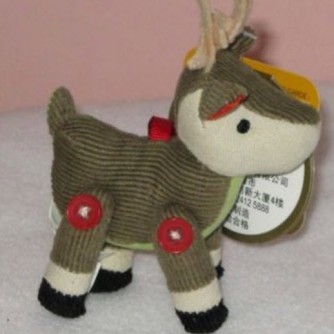 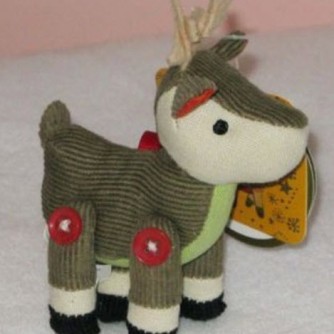 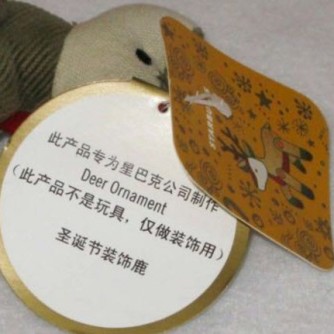 This is from of the Starbucks Collectible Miniature’s, but it always comes up in the Ornament sections I notice when searching.This was sold in Japan.  This is a mini Red Mug topped with a Snow Globe and inside is a Barista in an upside down tree with a Candy Cane. The handle has Starbucks in white on it and no marking’s on the base.

This adorable little cold cup is a favorite of us all in the summer. This is an exact replica of the in store Cold Cups. It is so cute and the first of many to come. This is a Plastic Cup with a Flat Top, and No Straw ornament. Hung with a green satin ribbon. Sold for $4.95

The festive 2009 ceramic Red Cup features Christmas Ornament’s with words of the season. There is a Star that says WISH, a Mitten that says LOVE, and a ball that says HOPE. Red satin hanger, Sold for $4.95

Yes some more international ornaments have been confirmed. These were released in Japan I know for sure. These are extremely rare and very hard to find. They are just amazing. It appears they are the same size as the 2010 all with string hangers

This 2nd edition cold cup is the same as 2009, but this one has the straw with it. 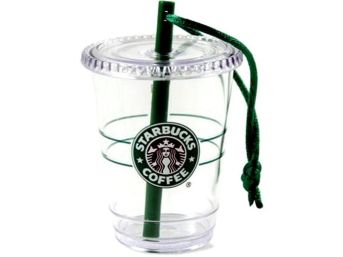 This holiday ceramic cup featured the Snow Day Kids on either side of the Siren Logo. Both looking up to the falling snow. Red satin hanger.

This Ornament was also sold in Japan in 2010 with no variation from what I have seen. 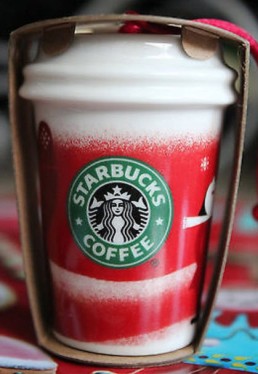 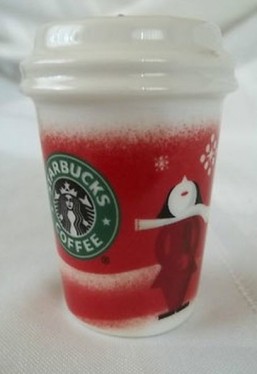 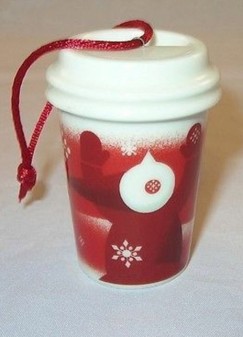 Japan is just as obsessed with Starbucks as the United States. They release some really cool merchandise. Japan released 6 Snow Globe Ornaments in 2010 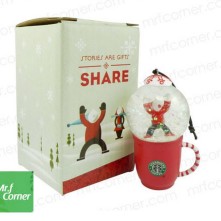 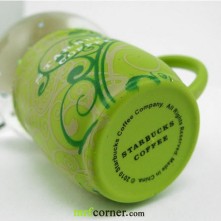 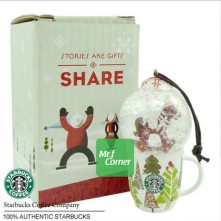 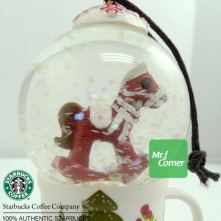 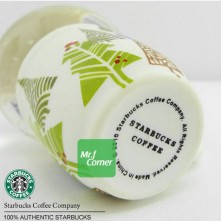 What a list eh!!! 2010 was fun to research since I got to explore outside of the United States. I was surprised to see how many were sold in other countries during my research. I think you’ll enjoy them, so keep checking back or follow my blog if you want to be updated.

If my friend’s reading this from Japan, know of any more to be added please send me a message, I’d love to hear about it and add to my library

Have a wonderful weekend my fellow coffee collectors out there.